Complimentary shipping on all UK orders over £50 & worldwide over £100 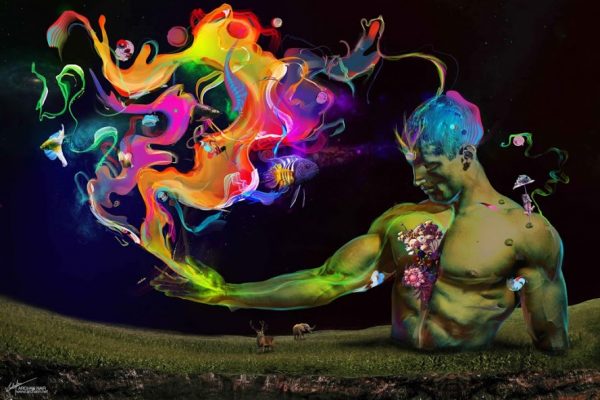 In our culture’s sub-current there has started to be a deviation from Western medicine, and what is deemed the “norm” as an emergence of interest in studying the effects of psychedelic medicines has gained both momentum in interest and in solid scientific research/results. When used properly in the right set and setting, plant medicine is being shown to have the potential to save lives in allowing a new perception of healing from the inside out.

The human mind knows how to heal itself if you give it the trust-filled atmosphere and the opportunities to become deeply aware of the levels of consciousness within you.”

Over the past 20 years there has been a resurgence of psychedelic research in the fields of neuroscience and psychiatry. Psychedelic substances were widely researched in the 1950s and ’60s but political decisions in the decades that followed forced strict legislative restrictions on these substances. Now researchers are attempting to update what we know about psychedelics within the context of modern science and modern small-scale trials have echoed this promise.

In 2019, we understand that hallucinogenic drugs are complex, nuanced, and under the right circumstances can even treat depression, anxiety, and other mental and physical health issues. While most psychedelic drugs sit in a legal grey area, doctors and researchers across the world are beginning to offer them therapeutically.

Mental health issues like depression, anxiety, and PTSD can sometimes be resistant to conventional treatments because they vary based on individuals’ brain chemistry, personality, and life experience. In these cases, psychedelics may help by “rebooting” the brain.

However, that doesn’t mean they’re all going to work for everyone; it’s not a one size fits all — more research is clearly needed and the potential for misuse and diversion is high. No amount of hope should replace caution but it is an area that is certainly worth exploring further, which a new documentary film, DOSED, is setting out to do.

DOSED is a documentary about treating anxiety, depression, and addiction with psychedelic medicine, and we believe is a topic worth exploring and talking about.

The film, which sees its London premiere on January 10th, follows the story of a suicidal woman who turns to underground healers to try and overcome her depression, anxiety and opioid addiction with illegal psychedelic medicine like magic mushrooms and iboga.

Adrianne’s first dose of psilocybin mushrooms catapults her into an unexpected world of healing where plant medicines are redefining our understanding of mental health and addiction.

DOSED has its London premiere this week and we hope will encourage people to think differently about these drugs for the betterment of society. You can watch the trailer for DOSED below:

If you’d like to know more about DOSED and to support the film you can learn more by visiting their Instagram, Facebook, and Twitter pages, and you can find tickets to the London premiere below:

For tickets to the Jan 10th London premiere:

For tickets to other screenings in other cities: 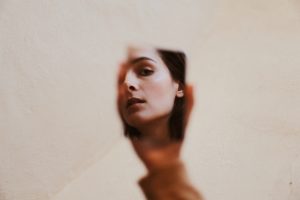 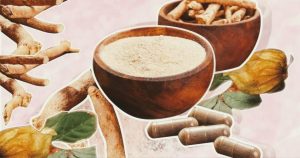 The Best Adaptogens To Save Our Skin From Stress 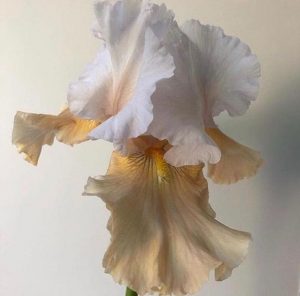 Natural Ingredients To Heal The Epidermis 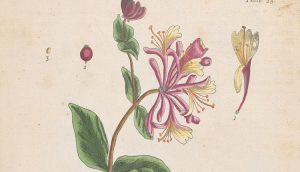 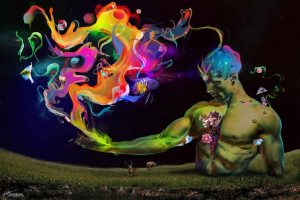 The Best Adaptogens To Save Our Skin From Stress

As we enter a new year (and a new decade) we are inevitably inundated with information about new diets, new products, new practices and new treatments that all promise to

Ethanol
Ethanol is a proven aid to preventing transmission of infectious agents and widely accepted as one of the most important infection control measures to prevent infectious disease transmission. The antimicrobial activity of ethanol can be attributed to its ability to denature and coagulate proteins. The microorganism’s cells are then lysed, and their cellular metabolism is disrupted. The activity is broad and immediate. Ethanol [the most common alcohol sanitising ingredient], appears to be the most effective against viruses.

D-Panthenol
D-Panthenol is the provitamin—a precursor, or substance that the body can convert into a specific vitamin—for B5. When panthenol is applied topically, it’s quickly converted into vitamin B5, also known as pantothenic acid. B5 binds to and holds water effectively, moisturising the skin and helping it maintain softness and elasticity. Panthenol has also been shown to have an anti-inflammatory effect and to boost skin barrier function.

Vegetable Glyerin
Glycerin is hygroscopic — meaning it can draw moisture from the air around us and help keep that moisture in skin, thus minimising trans epidermal water loss [due to evaporation]. Research has shown that glycerin mimics what’s known as skin’s natural moisturizing factor (NMF), which is why it’s compatible with all skin types, of all ages. Replenishing skin’s NMF is important because it becomes depleted as we age, are subject to environmental exposure, and use irritating ingredients.

Sandalwood
Sandalwood is very mild but still has a powerful effect on the skin. Due to its antiseptic properties it prevents rashes, heals itching and inflammation, cools and soothes skin and moisturises and tones the skin with mild astringent action. In aromatherapy, inhaling the aroma of sandalwood oil or absorbing it through the skin is thought to transmit messages to parts of the brain involved in controlling emotions, known as the limbic system. These messages are believed to affect both an emotional and physiological response.

Carrot Seed
The benefits of carrot seed oil include antifungal and antibacterial qualities, due to the bioflavonoids it contains. Rich in vitamins A, C, B1, B2 and various essential fatty acids, carrot seed is incredibly skin-repairing to dry and damaged skin. It also contains a large amount of vitamin E, which is great for adding and retaining moisture in the skin.

Patchouli Oil
Patchouli oil, which contains several mono- and sesquiterpenoids, alkaloids, and flavonoids, is thought to possess significant anti-inflammatory and antioxidant qualities.In fact, it is reputed to impart antiviral, antioxidant, anti-inflammatory, and analgesic effects, and is also known to protect the skin barrier function. Studies have found that patchouli oil exerts significant antibacterial activity against staphylococcus bacteria. Patchouli is commonly used in aromatherapy for its ability to calm depression. It encourages the release of serotonin and dopamine; two hormones which ease feelings of anger and anxiety.

Lavender
Along with the other benefits commonly found in botanical ingredients [anti-inflammatory, antioxidant, antibacterial], lavender is unique in its proven ability to boost blood circulation. This enables more brightening oxygen and nutrients to reach the skin’s surface. It can also protect and promote the skin’s natural barrier, plus balance its pH levels. Aromatically, this oil, rich in esters and alcohols, is useful for when fighting depression as well as anxiety and stress, helping to relax the mind, proving to be interesting in its application at a time of increased tension.

Clove Bud
Clove owes its medicinal benefits to its antimicrobial, anti-fungal, antiviral and stimulating properties, and is one of the richest sources of antioxidants. Clove oil contains a chemical called eugenol that acts as an antiseptic and antibacterial agent. With the help of these properties it can treat cuts and wounds and fight against fungal infections. Clove bud essential oil is used in aromatherapy to stimulate circulation and arousal of the mind and body allowing you to achieve mental clarity.

Bergamot
Thanks to its antibacterial and antiseptic properties, bergamot is a natural cleanser. It can help to tone the skin, soothe skin irritation, and heal cuts and scars. Bergamot is also rich in polyphenols that have strong antioxidant effects to help protect the skin from free radical damage. Aromatically, bergamot is one of the best oils to support the central nervous system — it’s known to be calming to the spirit.

Enter your details below and we'll notify you as soon as your product is back in stock.